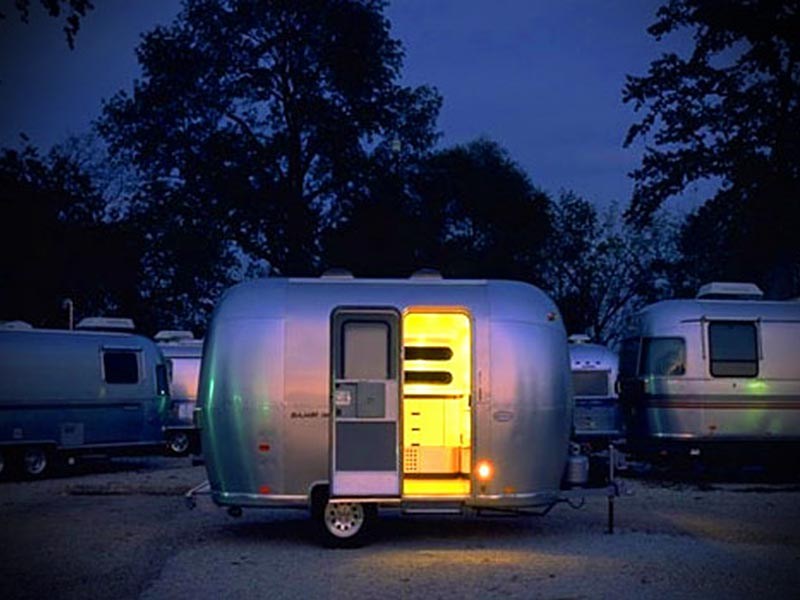 Around the time I discovered Andreas Stavropoulos’ project, I also learned of Christopher Deam’s re-design work on the classic Airstream:

I found that whereas Andreas’ project had a very creative, cozy, DIY approach that I liked, Deam’s work demonstrates another level of industrial design ability that is both inspiring and intimidating to a beginner. However, one of the things that I took home from this video was the creativity in modifying existing elements (i.e., cabinetry) so that they can be sustainably re-used, but aesthetically enjoyed as a modern makeover. And that’s a key insight from this video for me – Deam’s idea that he “wanted to design an interior that delivered on the modern promise of the exterior.”

This video, from the TED talks, describes a few other Airstream renovations that he’s done, and demonstrates how the initial idea flourished with new materials, new programs, & new constraints:

For example, I noticed that one of the changes in the renovation was that some of the interior panels were removed and what’s left is the beautiful interior of the shell. I didn’t see that new, interior panels or insulation were added as replacement for the ones that were discarded, so my question is, “How much does that effect the insulative properties of the trailer?” Maybe this is not a concern in Berkeley, CA, but for a project like mine, I have to ask whether or not the flexibility of having an insulated trailer that can be used in more places (and during more of the year) makes it more sustainable, and perhaps more valuable in the long-run.

My second big takeaway is how much flexibility there is in the design of an Airstream. Deam’s Airstreams are very modern, very inviting, and don’t seem to clash at all with the original vintage shell design. What a cool accomplishment! I wonder… what kind of design will I come up with? How will I make it happen with my level of experience and on (probably) a smaller budget?