While the Airstream was in Vermont with my contractors, it was important to me that I get the most out of my construction schedule. To do that, I’d made a list of tasks I could do from home that didn’t require my having the trailer with me and made preparations in advance. As I shared in a recent post, one of the things I was able to do on my own was repair and refinish the interior cabinet woodwork. Another was stripping and re-painting the Hensley Arrow anti-sway hitch I’d purchased on Craigslist about a year ago.

If you don’t already know, sway control hitches (or weight distribution hitches) are necessary for many because they prevent the trailer and tow vehicle from veering out of control in the event of high winds or other circumstances. The Hensley seems very durable and is a unique system that I thought I’d try.

Back at the shop, I used a green product to strip off the old paint, that I’d learned about from one of my construction jobs for an old client. The painters had used something called Smart Strip paint remover. It’s billed as “safe & effective, earth friendly, [using] environmentally responsible ingredients,” and I liked the results it produced for my client, so I thought I’d give it a try. 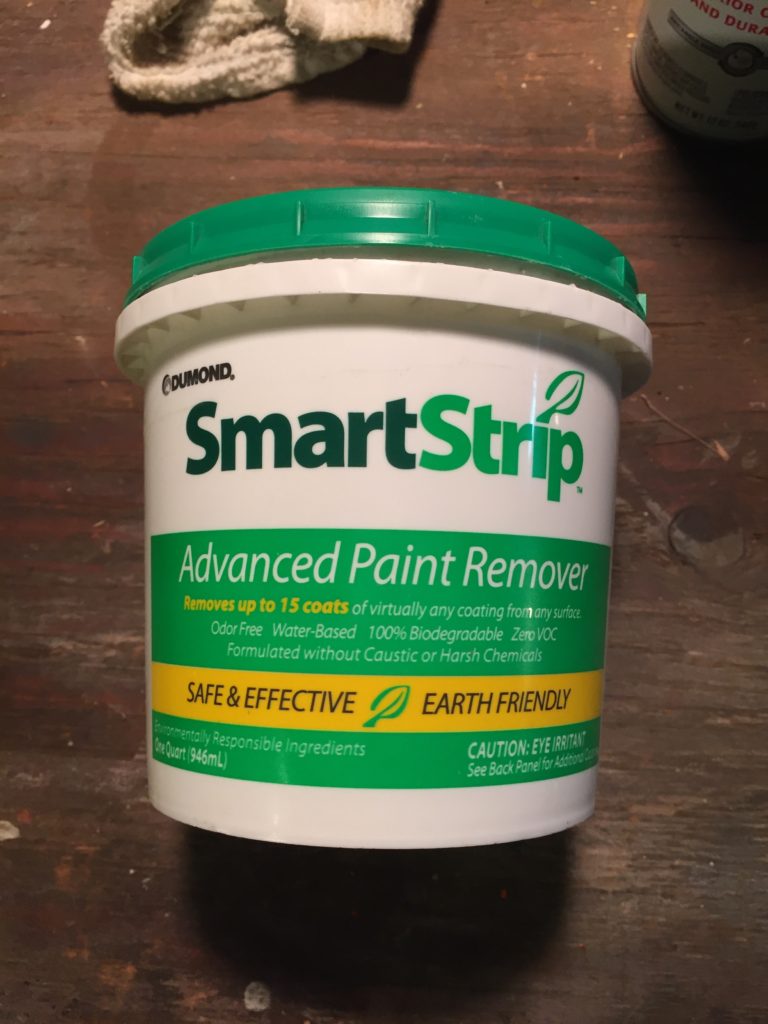 First, I took apart a few of the pieces attached to the main body of the hitch. I used painter’s tape to protect chrome that I didn’t want to be damaged. Then, I applied the stripper right onto the old paint with a small brush: 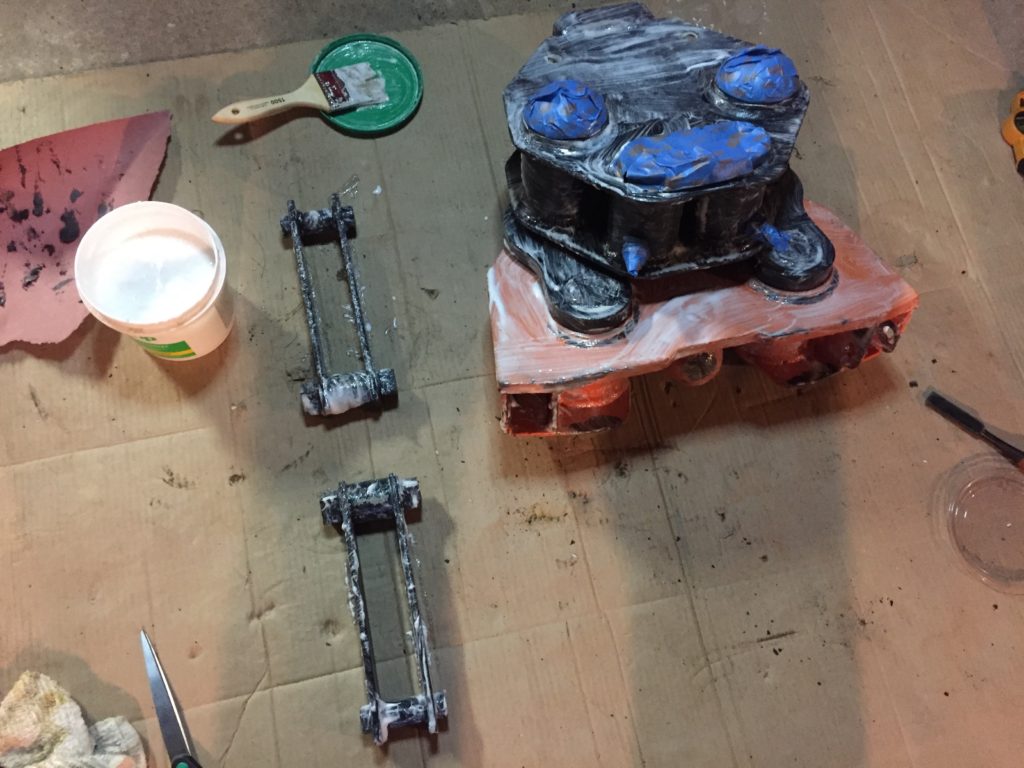 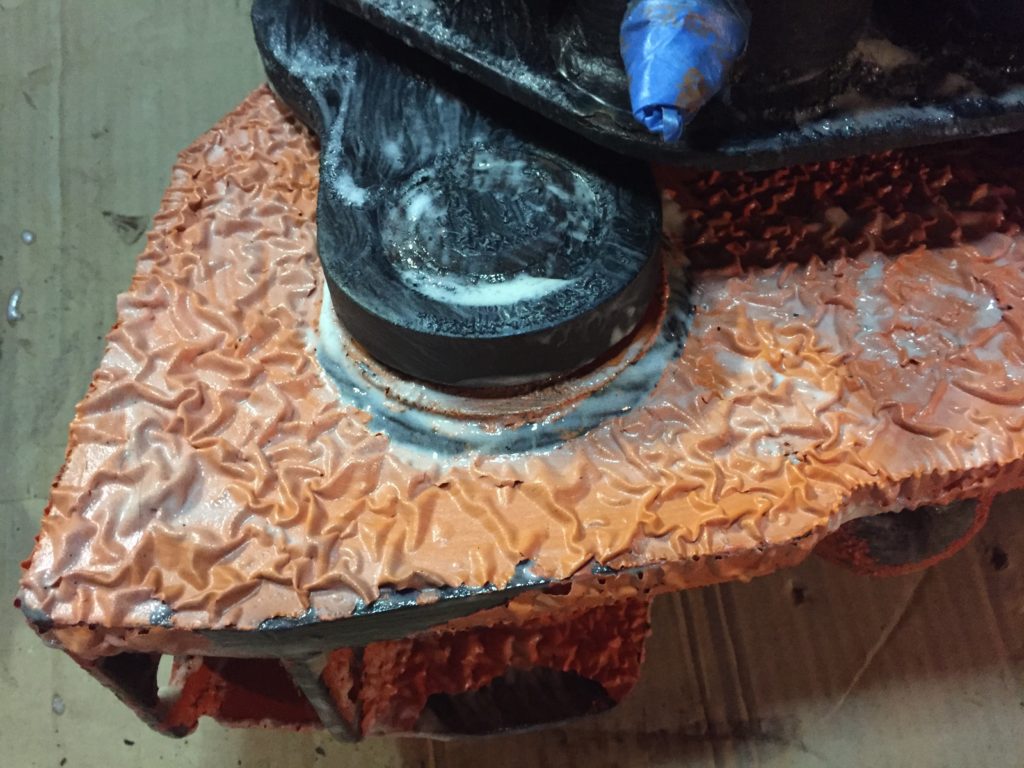 After a few hours, the old paint began to bubble and peel, but I let it sit for a full day before scraping it off. It became clear that the hitch had been repainted once before, because underneath the first layer was an older layer of paint of the same color. I worked on one side of the hitch, then flipped it over to do the other. To do two passes with the paint stripper, that meant at least 4 days of work to strip.

In the meantime, I called Hensley and ordered replacement stickers. Because I had a new owner’s warranty, most of the stickers were free, but one that has my serial number cost me an extra 6 bucks. 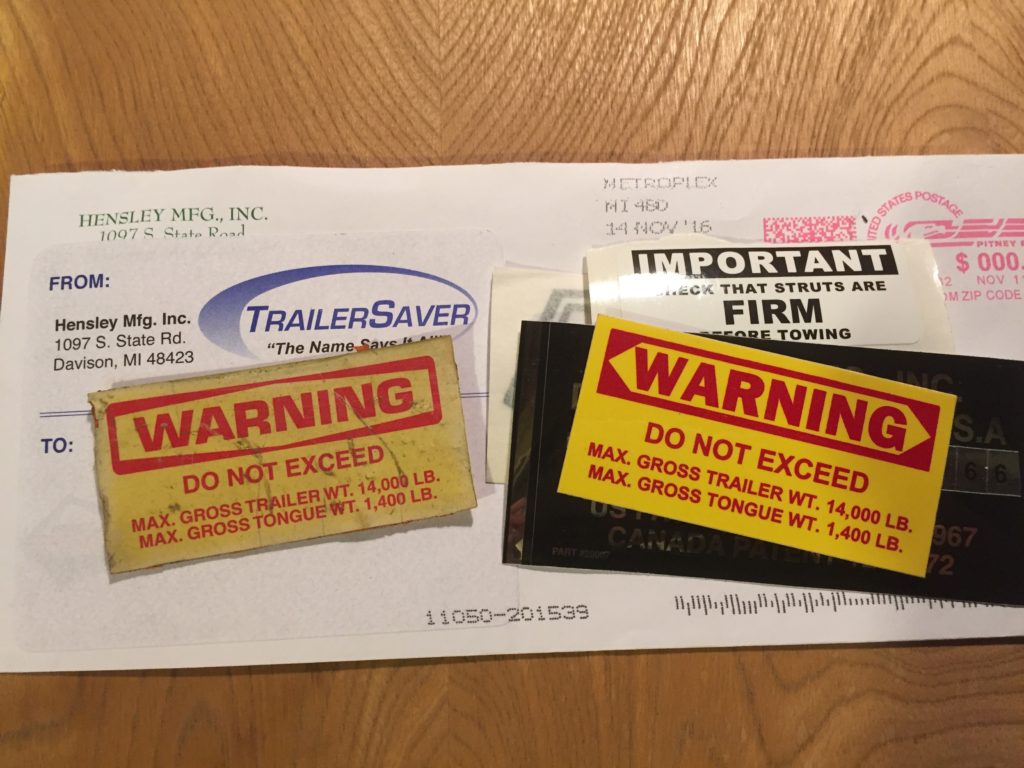 Once I’d removed the paint, it exposed rusted areas that needed attention as well. As this is a eco-friendly project, normally I’d be researching “green” rust dissolvers (if such a thing exists), but I had an old bottle of Naval Jelly in my basement and figured I’d might as well use that.

Finally, it was time to prime and paint. The automotive primer was an Rust-oleum product, and then I needed two paint colors, so I chose a semi-flat, black enamel and a camouflage green for the final coats. I gave everything two coats of both primer and the paint. For effectiveness & simplicity’s sake, I used green plastic wrap (typically used for wrapping furniture when moving) and painter’s tape to protect areas I wasn’t painting:

…and here’s the final result! 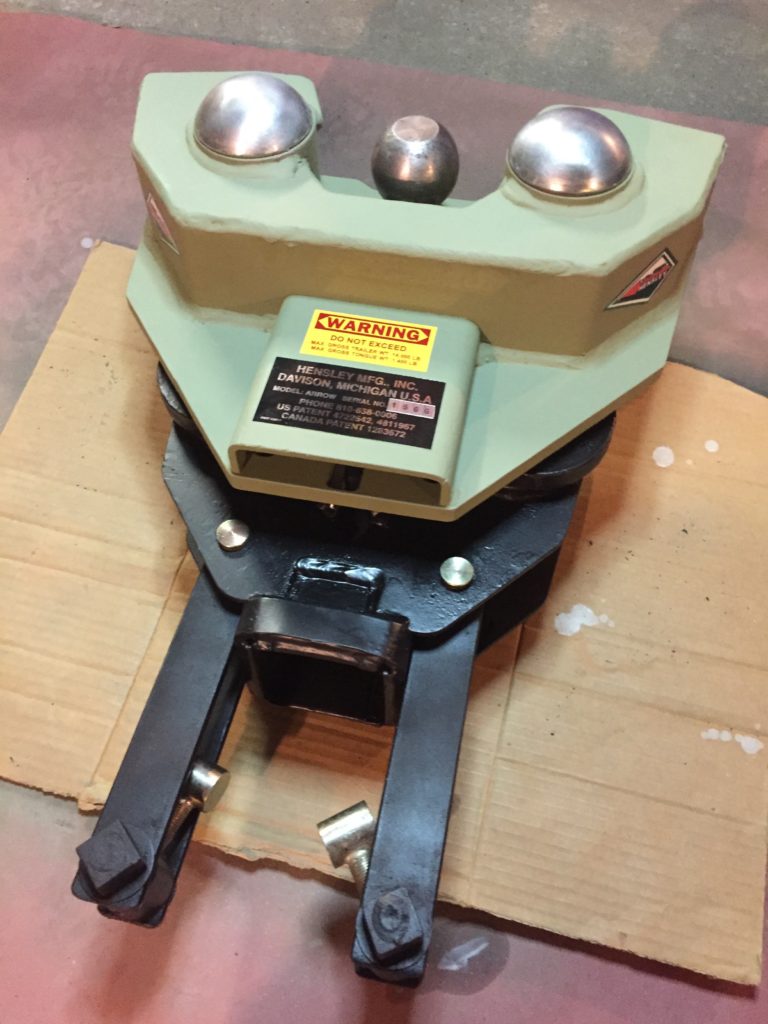 Time: I spent roughly an hour or two a day over 15 days, mainly due to curing / drying times.

Up Next: I head back to Vermont to pick up the trailer from my contractor, and review the work they’ve completed: