Why did I choose the 1969 Airstream? It happened organically, more by luck than design. For those of you who are interested in buying vintage and want to know which years (or decades) might offer the optimal Airstream for you, it’s definitely worth doing some homework first. But I’m very happy with my choice and the following is an appreciation of the ’69 models and their birth year:

The 1969 trailers are from the “Beatrice Era” (1967-1979) – indicating the period when Airstream was owned by Beatrice Companies. The new ownership meant changes in design & management, and the 1969 Airstream features the first major redesign since the Clipper model in 1936. These significant design changes to the Airstream make it more streamlined, rounder and longer, although in retrospect there are varying opinions about the quality of the trailers produced during this era. A product preview from the November 1968 issue of Woodall’s Trailer Travel magazine had this to say:

“For the first time in nine years, Airstream has introduced a new construction for their trailers, a construction which departs substantially from the former famous profile and which introduces a new look which is probably destined to become even more famous.

“Better than words, the series of pictures comparing 1968 and 1969 Airstreams explains the changes:

“The Travel Trailer Test Team has been out on the road with Airstreams often enough to recognize the thinking behind the changes in these new trailers. When you pull an Airstream you get a lot of comment; few people are neutral on the subject of Airstream. It is the Test Team’s conclusion that the changes in the Airstreams are directed straight at the principal objections voiced to them by the anti group.

“There have been those who have disparaged the cigar or bullet shape, and now the shape is altered to one with more balance and finish. There have been other objectors who have felt the Airstream interior had a cramped feeling, but the new and wider coaches have an open feeling that answers that objection. And finally, there have been those who commented that the Airstreams lacked quite the storage space of a standard, box shape. That objection, too, is largely answered by the new wider coach.”

One of the things that people love about the Airstream is the design influence from the aerospace industry going back to the original models created in the 1930’s. In a TED Talk about the creation of the CCD Airstream model in 2000, designer Christopher Deam criticizes the vintage Airstream’s design “disconnect between the exterior shell and the interior architecture… in that the shell was originally conceived as a lightweight, modern, futuristic, high-tech pod for hurtling down the freeway and the interiors were completely out of sync with that.”

In 1969 however, NASA helped to bring the concept full circle, ushering Airstream into the space-age by using the iconic vehicle to temporarily quarantine astronauts returning from the first moon voyage:

If you click on the image below, you can watch a video of then-President Richard Nixon greeting the astronauts upon their return from the moon:

The trailer that was used to quarantine the astronauts was eventually sold as military surplus and was considered “lost” for many years, until it was discovered in Marion, Alabama, at a fish hatchery. When it was finally recovered by U.S. Space & Rocket Center officials in the late 1990’s, they said it was “like finding a gold nugget.”

For me, part of the fun and interest of owning a vintage vehicle is that it gives you the wistful feeling of going back in time to the year it was made, and makes you think about the present moment in greater context. Here’s a list of happenings from 1969 that particularly hit home for me, and get me daydreaming about what life was like in the year my trailer was born: 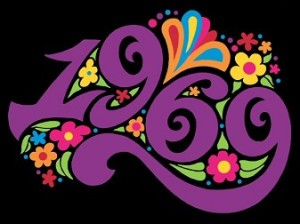 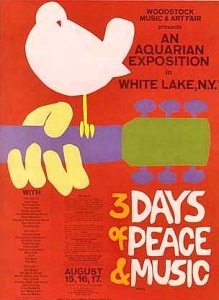 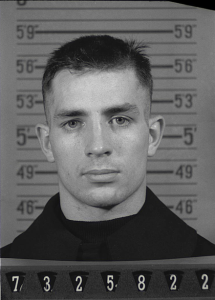 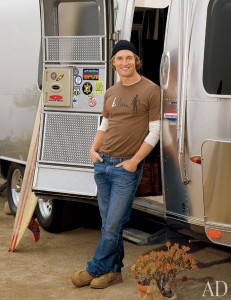