As embarrassed and dejected as I felt at destroying the GF1 in a matter of hours (see previous post), I couldn’t let it stop me from moving forward with my goal. But this time I knew I had to go for a vehicle with a tried-and-true engine and possibly look for trailer of some kind, rather than another diesel box van. The two other big factors were the cost of fuel and parking.

The first time I’d gone to the pump on my way home from purchasing the GF1, I was shocked at the $100 it cost to fill the tank with diesel. I made a note to self that I needed to figure out how to switch to bio-fuel as soon as possible! Plus, moving that much mass every single time I needed to go to the grocery store or to a friend’s place would not have been a particularly efficient use of energy. Parking a big diesel van was also an issue, because in many areas the custom shape alone qualified it as a commercial vehicle subject to different parking regulations and associated costs. I’d considered all of these before, but had figured that since I was planning on living in it at first once I moved to California, that I’d make up for money lost by not renting an apartment. Now I had a chance to start fresh.

I was still thinking of getting something with a diesel engine, because I wanted to learn some new skills in addition to working on a project that was less expensive, longer-lasting, & a healthier alternative for the environment (at least, I believed that all of these things would happen as I converted it run on to bio-diesel). I continued my search on eBay and other used auto sites, looking for different kinds of trucks, vans, SUV’s & station wagons (mainly used Mercedes, because I’d read that they are particularly conversion-friendly).

For a while I focused on the Mercedes Geländewagen (cross-country vehicle), or G-Wagen, but never quite found the right fit at the right price. 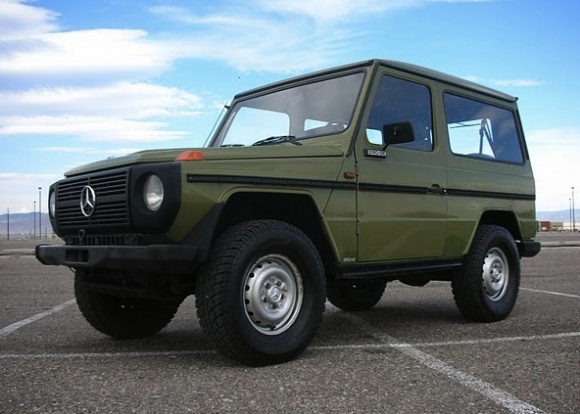 After talking with a Mercedes mechanic friend, I didn’t buy one because it would have likely meant a good deal of tinkering & maintenance while going through moving cross-country, furthering my education, and looking for work. Seemed like a bit much.

One of my favorite finds on eBay that I sadly had to let go was this fantastic-looking, 1964 Chevrolet Grumman-Olson Stepvan Kurbside: 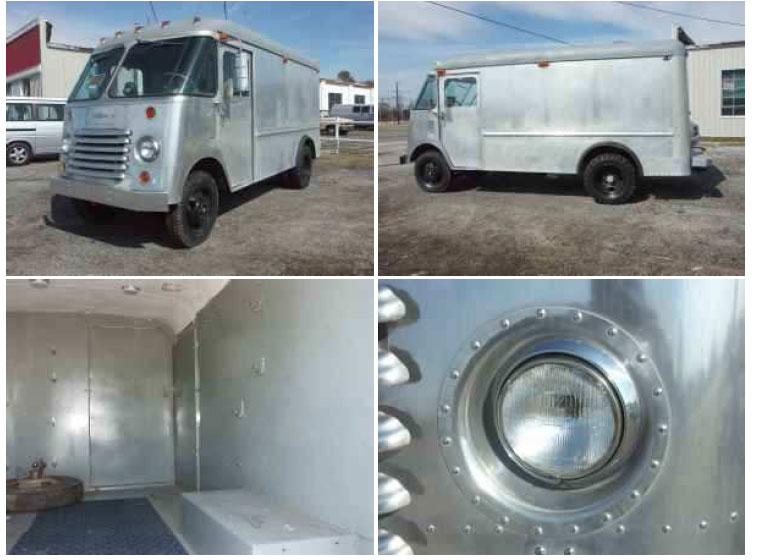 …which appealed to me mainly because it looked like a cross between the Iron Giant and the Herkimer Battle Jitney from the movie, “Mystery Men.”

EPILOGUE: Within a matter of weeks, I did eventually find a tow vehicle, a pickup truck that gets high mileage for its class, which I will probably discuss later. But for now, it’s important to keep this blog focused on the Airstream itself… stay tuned.